As the result of a full restoration project, FARIA PALACE stands out for its opulent facade, on the south side of Príncipe Real square. This depicts the sumptuous taste of its original owner, Maria Rosa de Faria, who built the Palace at the end of the XIX century.

The vast area of FARIA PALACE includes a second facade on the Abarracamento de Peniche Lane. These two entries give access to the two buildings of this project which are connected by a common underground garage and a garden that brings the green surroundings to the interior of the palace. 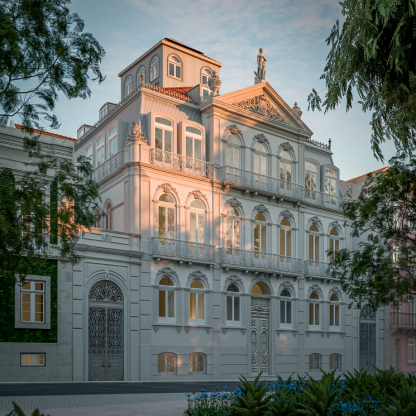